The DDS Audience Award and more 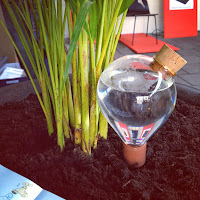 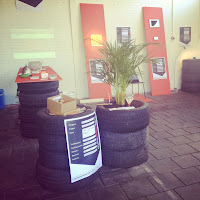 The Dutch Design Week was a rush: almost a week has passed since and we're slowly starting to emerge from a post-fair fatigue that had nothing to do with the fun we had (we had a blast!) and everything with our crazy schedule these past weeks.


Sleepless nights, long days and three-hour train-journeys: It was all worth it, WATERWORKS is a hit!
We spoke with so many enthusiastic people who in turn were happy to spread the word about WATERWORKS and tell their friends and family.
All the sharing and spreading the word resulted in us winning the Dutch Design Starter Audience Award. - Thank you so much!
Here's a little piece about the award from Ireen Laarakker of Dutch Design Starter.
We were honored to receive the award out of the hands of Eindhoven's Alderman of Design: Mary-Ann Schreurs.
Mrs. Schreurs' schedule must have been chock full that week, which made us extra appreciative of the time she took to give a wonderful speech about WATERWORKS, have a chat with us and share a little celebratory drink.

Alright... So we had a great time, met loads of really cool and interesting people who (luckily) were as enthusiastic about WATERWORKS as we were AND we managed to win the DDS Audience Award. Score!
But that's not all...

In the first two weeks of our crowd-funding campaign we've raised a whopping 68% of our target!
68%! That's over 2/3rd! 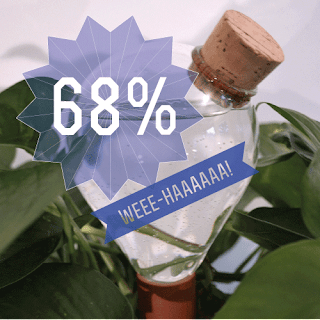 Wow, numbers like this make us more and more confident about reaching our € 6250,- target and getting WATERWORKS produced and in stores for an affordable price.
But it's nowhere near champagne time yet: there still is a long way to go. With your ongoing support we can do this!

One thing we picked up on during the DDW is that WATERWORKS is considered a great gift for the coming Holiday period.
Obviously we couldn't agree more! That's why we are now working hard on a very special WATERWORKS voucher so you'll have something tangible to present to your friends and family.

More on that soon! 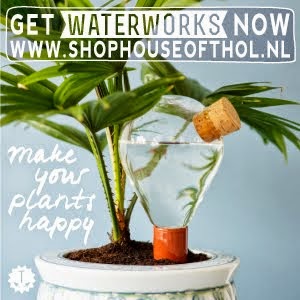